He was a pupil of Philip de Marlier and Frans III Francken . Accepted as a master of the Antwerp Guild in 1645 and documented at Antwerp up to 1653 , when a son was born. He has given no help in establishing his death –date, for he dated only two known works, both in 1650. Subsequently, going by the French inscriptions on many of his later works, he seems to have moved south, but no documented trace of him had yet been found. Signatures from this period are infrequent, mostly m.KL, occasionally s.K.Lux or m.CL. For a time these later works were thought to be by a different individual: K.Lux, but comparison of style, signatures and monograms
indicate the gradual stylistic development of a single artist. This painting is according to Fred Meijer stylistically typical for the late period of Luyckx. 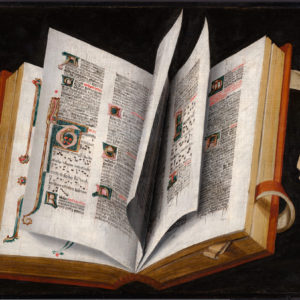