Simon de Vos studied from 1615 until 1620 under Cornelis de Vos, to whom he was not related. In 1620 he joined Antwerp’s Guild of St. Luke. It is possible that he then travelled to Rome as his early works show a similarity with the low-life genre paintings of the group Dutch and Flemish painters active in Rome and known as the Bamboccianti.

The Vos married a sister of the painter Adriaen van Utrecht in 1626. He worked in Antwerp for most of his life and had a few pupils. He enjoyed the respect of his peers as is shown by the fact that Rubens owned one of his pictures at the time of his death.

De Vos’ first works were cabinet pictures of genre scenes, including various merry companies and group portraits. His work from the late 1620’s, which were made after returning to Antwerp, are mostly small ‘merry company’ and courtly genre scenes reminiscent of contemporary Dutch painters as DirckHals and Pieter Codde.

The ASS and the LAP-DOG a fable of Aesop
There was once a man who had an Ass and a Lap-dog. The Ass was housed in the stable with plenty of oats and hay to eat and was well off as an Ass could be. The little Dog was made a great pet of his master, who fondled him and often let him lie in his lap; and if he went out to dinner, he would bring a tit-bit or two to give him when he ran to meet him on his return.

The Ass had, it is true, a good deal of work to do, carting or grinding the corn, or carrying burdens of the farm; and erea long he became very jealous contrasting his own life of labor with the ease and idleness of the Lap-dog. At last one day he broke his halter and frisking into the house just as his master sat down to dinner, he pranced and capered about, mimicking the frolics of the little favorite, upsetting the table and smashing the crockery with his clumsy efforts.

Not content with that he even tried to jump on his masters lap, as he had so often seen the dog allowed to do. At that the servants, seeing the danger their master was in, belabored the silly Ass with sticks and cudgels and drove him back to his stable half deaf with his beating ‘Alas!’ he cried,” all this I have brought on myself. Why could I not be satisfied with my natural and honorable position without wishing to imitate the ridiculous antics of that useless little Lap-dog ?” 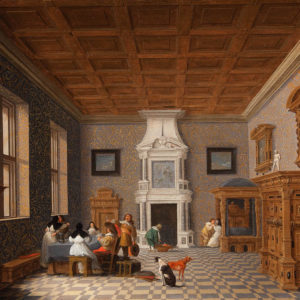 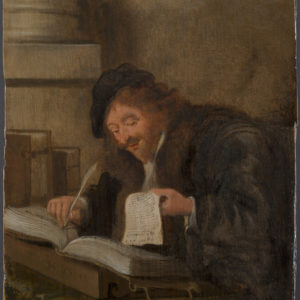 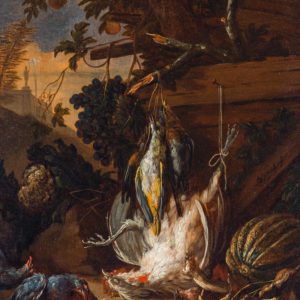 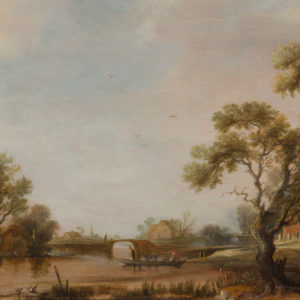 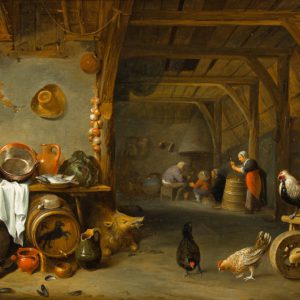 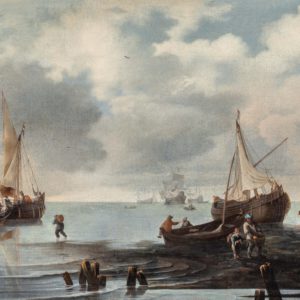