Hobbema was the son of a carpenter named Lubbert Meyndertsz, he adopted the nickname Hobbema quite early on. He became the only documented pupil of the leading Amsterdam landscapist Jacob Ruisdael, whose influence was to dominate his work. Jan van Kessel may also have been a pupil of Ruisdael, he was close to Hobbema, who was godfather of his child in 1675.

Hobbema’s signed paintings come from 1658 to 1689.
Hobbema married at the age of thirty to Eeltje Vinck from Gorcum, a maidservant to the burgomaster Lambert Reynst.
In 1668, presumably through the connection of his wife’s ex –employer, he took the well-paid position of wine ganger for the Amsterdam oktroi, assessing and collecting wine , holding this until his death in 1709.
Hobbema and Ruisdael together represent the final development of Golden Age Dutch landscape art. 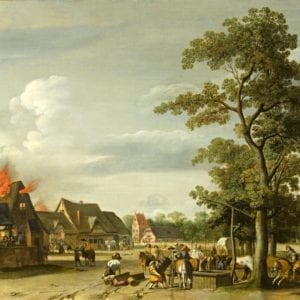 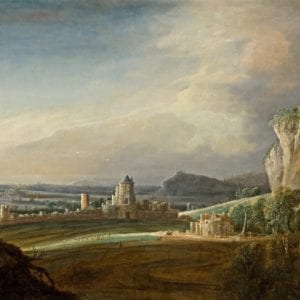 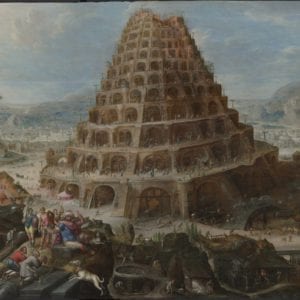 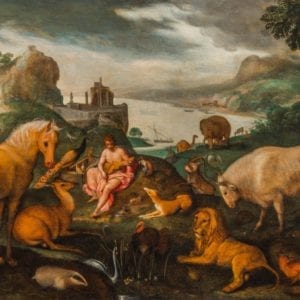 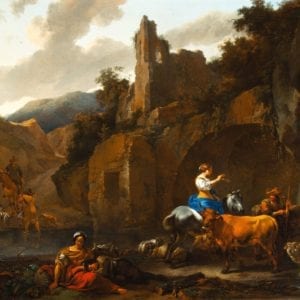 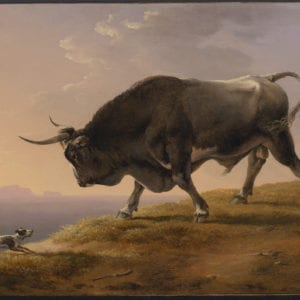 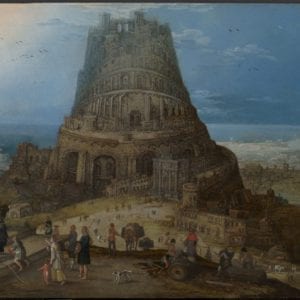 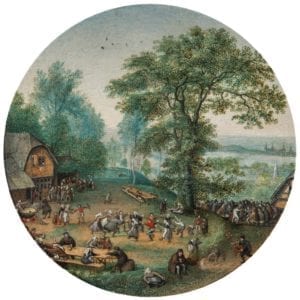